Last week I posted about using feature folders to organise your projects into a more manageable and logical way. This is great for keeping on top of your codebase but with the fourth dimension comes more complication. Simon Davey gave a great talk at Agile Yorkshire earlier in the year about his use of feature flags at Canonical. He suggested using them as a mechanism to separate features in development from features in the wild, reducing the need for feature branches.

I'm not going to go into detail about feature flags here - for that you can read Martin Fowlers post. In this post I am going to explain how to implement this idea within a Nancy API.

I am currently in the process of writing a community site that we are looking to go live with later this week. The problem is that some of the features aren't in a state to deploy so I need to disable them. In order to achieve this I'm adding feature flags. The first step here is to add a couple of appSettings.

Depending on the usage of your site this might be something that is worth abstracting out into a database of some sort - say you support multi-tenancy and want to be able to toggle features per customer - but for this scenario they are fine in a config file.

I want to be able to configure my modules to only execute when the required feature is enabled. To accomplish this I add this helper class.

What's happening here is pretty straight forward. First we get the config value. If true we simply return null but if false we return a 404 response. I intend this to be used in the same way as the the Nancy function this.RequiresAuthentication() so the reason for handling it like this should become clear. To get this into the correct part of the pipeline I add the following extension method.

This will add a pre-execution check that will either do nothing or return a 404. To use this I add the following to my module. 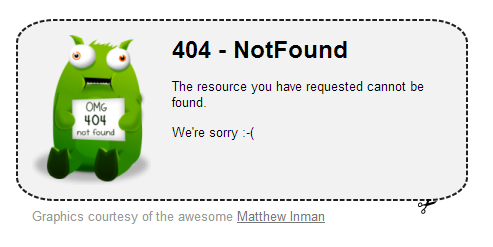 Now I can simply set the appSetting to true locally and false in production and there's no risk of anyone stumbling upon something that isn't ready for them.